RICARDO CORTÉS is the #1 New York Times best-selling illustrator of Go the F**k to Sleep by Adam Mansbach, and Party: A Mystery, by the acclaimed author Jamaica Kincaid. Cortés has written and illustrated books including Sea Creatures from the Sky and A Secret History of Coffee, Coca & Cola. His work has been featured in the New York Times, Vanity Fair, New York Magazine, and on CNN, Fox News, and the Late Show with David Letterman. You can see his work at Rmcortes.com, or on Twitter and Instagram at @Rmcortes. His latest work is the updated edition of It’s Just a Plant. 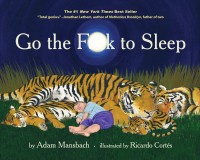 Go the Fuck to Sleep

A gift book for parents that will have them laughing even as they cry. For a limited time, purchase both Go the Fuck to Sleep and You Have to Fucking Eat for only $20! A beautifully illustrated picture book that gives parents a way to discuss marijuana with children without encouraging them to use it. By: Jamaica Kincaid and Ricardo Cortés

A beautifully illustrated story of three girls caught up in the most curious of mysteries.

**While supplies last, copies ordered here will be SIGNED by the illustrator, Ricardo Cortés! For a limited time, purchase the “My First Five Books” Ricardo Cortés bundle—Go the Fuck to Sleep, It’s Just a Plant, Party: A Mystery, Sea Creatures from the Sky, and A Secret History of Coffee, Coca & Cola—for 30% off list price. Sea Creatures from the Sky

A touching, beautifully illustrated story of a misunderstood shark, and its quest to understand the world both above and below the sea. 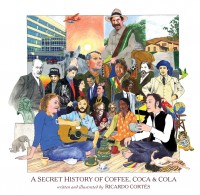 The children’s version of the #1 New York Times best-selling classic!